I'm going away on holiday tomorrow, and am unlikely to have much internet access, so won't be blogging for the next couple of weeks.
Posted by Ally at 13:14 No comments:

There was a story reported by the BBC this morning about concerns over water shortages in the North-West of England due to an exceptionally dry few months.
We are told in the report to take showers instead of baths in an effort to conserve water and that we may be facing the prospect of 'hose-pipe bans' in the near future.
There are a couple of problems with this analysis and with the way of thinking which underlies it:
First, it is questionable whether or not showering rather than bathing actually uses less water.  There are a number of variables which impact on this:
How big is your bath?
How much do you actually fill your bath?
How powerful is your shower?
How long do you spend in the shower?
Without answers to questions such as these we can't say for sure which uses less water.
This, however is a moot point.  Banning use of hose-pipes is comparable to banning particular types of shower-head.  Everybody suffers as a result of the ban because no-one was willing to cut back on their own water consumption.
People seem to forget that we pay for water.  If there is not enough water it is because the price of water is inflexible to changes in supply and demand.  For any other free-market commodity if the supply were to dry up* like this the price would increase, people would cut back their own consumption and there would be no shortage, no need for a ban.
The problem is our water isn't priced appropriately.  The rate you pay for the water coming out of your taps is paid alongside your Council Tax and is linked not to the quantity of water used, but to the value of your property.  If you have a big house and live in a nice area you are likely to pay more for your water consumption, even if you use less, than someone living in a crappy one-bedroom flat in a dodgy part of town.
The appropriate response to a water shortage is not to institute a ban on certain types of usage, but to have an appropriate system of pricing water:
People would then adjust their consumption accordingly and, assuming you don't live in the Atacama desert, there should be no fear of there ever being a shortage of water. 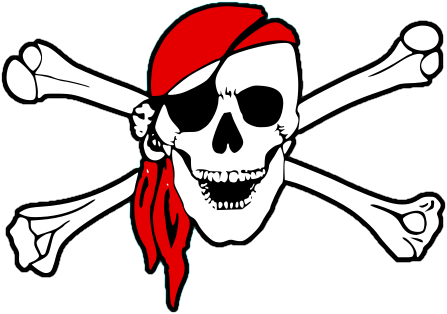 I recall a discussion I had with my brother recently where we got talking about piracy (the software/music/film kind; not the pieces of eight/walking the plank/jolly roger kind).  He seemed to be conflicted on the issue: on the one hand he thought that piracy was rightfully illegal, on the other hand he defended the illegal downloading of films, his grounds for doing so being that the format of the illegally downloaded films was much more convenient than DVD or Blu-Ray (I shall not bore anyone with the details).  I pointed out that this is not a moral defence, merely a convenient justification for what he sees generally as morally reprehensible behaviour.
Chris Dillow puts forward a much better defence of the behaviour here.
Putting aside the double-think that seems to be required of my brother to hold these two conflicting positions simultaneously, I am conflicted over what position to take, both generally and in my current situation.
Generally, I can see there are both benefits and costs of piracy affecting a whole range of different people.  It hurts very famous, but not necessarily talented, artists, music labels, promoters and retailers.  Although, the benefits to the consumer must outweigh these damages:
If an artist fails to sell 1000 CDs due to piracy they (and everyone along the supply chain) are worse off by the profit they would have made on those 1000 CDs.  However, 1000 consumers who would have bought the CD, but downloaded it illegally for free are all better off by the value of the CD.  In addition, many more people who would not have bought the CD, because it was priced higher than they valued it, will also download it and be better off by whatever value they attach to it.
It's impossible to know how many people who download a CD would or wouldn't have bought it if they couldn't download it, so it's impossible to know exactly how much consumers benefit by, only that it is at least equal to the cost to the music industry.  It also benefits young, lesser known and talented artists.
Specifically, there is a film out in cinemas at the moment which I would like to see and would be willing to pay for a cinema ticket to do so.  However, none of my local cinemas are screening this film, in fact no cinema anywhere near me is, so for me to see it now would require a round-trip of approximately 5 hours plus the cost of transport (be it train, bus or fuel for the car).  This is a considerably greater cost (in money, time and effort) than merely the price of a cinema ticket.  What to do?
I have four options:
1. I could spend a considerable amount of my time, effort and cash travelling to see the film now.
2. I can wait until the film is released on DVD, usually a few months after cinema release, and either buy or rent it then.
3. I can forgo seeing the film at all.
4. I can download the film illegally and watch it for free from the comfort of my own home.
If I decide that the cost of getting to see the film at the cinema isn't worth it in this case, but I do still want to see the film, that rules out options 1 and 3.
Out of my two remaining options the most convenient is option 4, whilst the only legal option is number 2.  Of course, just because something is illegal is not an argument in favour of it being illegal.  If I accept Chris's argument and my own cost-benefit analysis above there is no reason why piracy should be necessarily illegal from a utilitarian standpoint.  The argument that still stands in favour of the illegality of piracy is a libertarian one concerning intellectual property rights.
Those who are strict utilitarians won't necessarily have any problem with piracy, for those of us who do there are applications which allow us to purchase music legitimately (i.e. iTunes, Spotify), but on our terms (you can by specific songs, not just albums and the singles artists/record producers choose to publish) and from the comfort of our own homes where we can receive and enjoy the product instantly.
My analysis and my brother's experience suggests that there is a potential market for something similar to iTunes for films.
Posted by Ally at 09:39 No comments: