Around the Internet: May 2011 Edition

A quiet month for the 'Around the Internet' feature this month, but I am attempting to get back into more regular blogging as well. 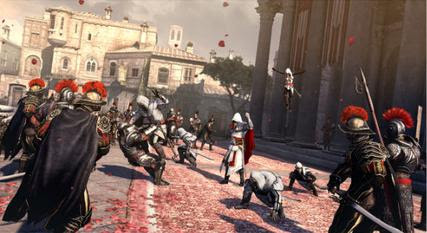 I've recently been playing through the Assassin's Creed game series, which I have enjoyed immensely (particularly Assassin's Creed 2 and Assassin's Creed: Brotherhood).  With it's realistic looking environments, from Jerusalem during the Third Crusade to Renaissance Florence and Rome; it's engaging storyline exploring themes of religion, mythology, free will, control and morality and featuring a Da Vinci Code scale conspiracy theory; it's immersive gameplay featuring ranged and close-quarters combat, running, jumping, climbing, hiding from guards, horse-riding and the occassional puzzle (some of which are extremely taxing for your average computer game) it's really been a joy to play.
However, there is one teeny tiny little thing that caught my eye - not a part of the games themselves, but a legal disclaimer of sorts, and it made me think.  It appears at the beginning of each of the games, before the main menu, as the game is loading.  Here's what the disclaimer says:

"This work of fiction was designed, developed and produced by a multicultural team of various religious faiths and beliefs."

In and of itself this is fairly innocuous and not unexpected given the nature of the overall plot of the series.  It makes it clear that the games are fictitious and none of what is contained within is intended to offend anyone.
What makes this stand out is that it is the only disclaimer of it's type in the games.  The developers, Ubisoft, clearly don't won't to offend anyone due to their religious beliefs, but what about other beliefs or opinions, political or economic opinions for example?
Not wanting to give away too many spoilers, the storyline presents particular elements of religious stories as false, essentially part of a huge conspiracy to control the human race.  They also, in some of the puzzles featured in the latter two games, present much of recent history in a similar manner, suggesting that wars have been planned and governments overthrown, etc. all as part of a much bigger plan.  In doing so they present particular political and economic viewpoints as wrong, or misguided at best.
I have no problems with any of this, this is not a complaint about the games or about Ubisoft, this is rather something to be categorised under the heading 'people are strange'.  Why the double standard?  Why the need for a religious disclaimer and not a political or economic one?  Are we to take from this that it's okay to offend people on the basis of their political or economic beliefs, but not on the basis of their religious ones?  Are we to take from it that those with strongly held religious beliefs are more easily offended than those with strongly held political beliefs"?*  Are we just over-sensitive about not offending people's faiths?
My suspicion is that it's the latter, but I think discussion on this is best saved for a future post.
For the meantime I'm not hoping that I'll see more disclaimers in the next game.  In fact, I'm hoping that I don't see any disclaimers at all - I want to live in a World where they're not necessary.
* Or that perhaps people in general just believe that those with strongly held religious beliefs are more easily offended than those with strongly held political beliefs?
Posted by Ally at 15:21 No comments: 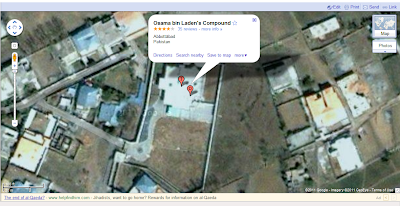